Are Doctors Evil? – “Pharmakeia” and Medicine

Are doctors evil?  That may sound like a ridiculous question, but I’ve heard healing ministers teach about a demon of “pharmakeia.” Pharmakeia is the Greek word from which we derive the English word “pharmacy” (where we purchase medications) but is translated in the English Bible as “sorcery” or “witchcraft.”

In today’s article, I want to tell you a story of miraculous healing from yesterday, a story of healing-gone-wrong from a few decades ago, and help settle one simple question: Should Christians use medication?

Many will tell you that taking medication is against God’s will because it is a means of putting one’s faith in something of this world rather than in God.  Clearly, we should take the inhalers away from children with asthma. We should also take pain-killers away from anyone with a chronic problem. And, of course, don’t forget to pull the plug on everyone relying on life-support!

Before you become too enraged with me, please realize that was sarcasm.  In this article, I want to present a healthy Christian perspective on medication that doesn’t leave God, faith, or supernatural healing out of the equation.

I recently received two questions from a young man on Facebook:

These are great questions, and I think they both have the same answer.  Doctors and the medications they prescribe are NOT evil, and I believe they have a role to play in healing ministry.  The only problems come when doctors become idols–taking the place of God rather than assisting Him.  Let me show you how medicine is viewed in the New Testament.

“Is any one of you sick? He should call the elders of the church to pray over him and anoint him with oil in the name of the Lord. And the prayer offered in faith will make the sick person well; the Lord will raise him up. If he has sinned, he will be forgiven.” 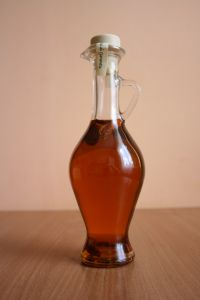 Notice that it says “the prayer” will make him well. It doesn’t say that there’s any supernatural power in the oil. Many Bible scholars agree that oil was mentioned here because it was often used both cosmetically and medicinally (remember how the Samaritan in Jesus’ parable poured oil on the victim’s wounds in Luke 10:34 or when Jesus said that the person who is fasting should put oil on their head so others won’t know – Matthew 6:17).

To anoint (literally “smear”) oil on one’s face was said to make a person look healthier…and if theylook healthier, then they’re one step closer to actually being healthier. Not only that, but actually anointing the wound was a means of soothing discomfort (note Isaiah 1:6). Anointing a person with oil was a medicinal practice used to help care for the sick person. James basically said that we should care for the sick person medicinally while we also actively seek their supernatural healing.  He wasn’t condoning sorcery (trying to mix chemicals to produce a spiritual outcome), but he was teaching us to care for the sick person in the physical realm while we simultaneously seek his healing by faith.

Some healings take perseverance. I had degenerative disc disease for four years before God miraculously healed me. Why did it take four years? I’m not certain, but I do know that when I was finally healed, I immediately shared my testimony, and the person leading the meeting spoke the most pivotal, life-changing prophecy of my life over me (God loves to overcompensate for injustice; and if Jesus paid for healing but healing doesn’t come, that’s an injustice toward Him). During those four years, I was in a lot of pain, and I’m incredibly grateful for the medications that helped me endure the hardship until the healing took place.

I don’t know why some healings take a longer time to experience than others, but I do know that perseverance in ministry is a Biblical principle that Jesus taught and demonstrated. If a person is going to die of cancer within a year, and chemotherapy will extend their life to three or four years, I say take the treatment. Why? Because if we can’t acquire your healing within the first year, we will have two or three more years to continue persevering in ministry and growing in our faith. Medical science does not replace the power of God, but it does extend the natural life and improve the quality of that life–giving the person more time, with more physical comfort, to seek God’s healing touch.

A few decades ago, a couple churches in my area were playing a friendly game of softball when one of the men had a heart attack.  His fellow church-members were adamant that God would heal the man.  That part was great…the problem was that they also believed that calling an ambulance would show God a lack of faith. No one called the ambulance. Everyone prayed. The man died. And he wasn’t resurrected either.

Contrast that with yesterday morning. My wife, Robin, who is only 25-weeks pregnant with our second boy, began having contractions. Having experienced labor before, she felt like the baby was coming. By the time I was able to race home, the contractions were 2-minutes apart and very intense. As soon as I arrived home, I laid hands on her belly and commanded, “Spirit of death, you have no authority over this child. In Jesus’ name, I command you to leave and never return. Contractions, stop. Labor, stop. Womb, you will carry this baby to full development. I speak peace into Robin’s entire body in Jesus’ name.”

By the time we reached the triage room at the hospital, the contractions had completely stopped. The doctors ran several tests, and they had no explanation for why she had the contractions (and therefore no explanation for why they stopped). Their best guess was that she was dehydrated, but the doctor even admitted that the dehydration test confirmed that all her fluids were at normal levels. I’m convinced that Robin was miraculously healed and that God saved our baby. I believe it’s no coincidence that the Lord told us to name the baby Jeremiah, which means “God will set free.”

Racing to the hospital didn’t show a lack of faith; it showed wisdom and a recognition that I’m not Jesus. Everyone who came to Jesus was healed, but not everyone who comes to me is healed. (See my recent article “Why Are Some People Not Healed.”)  It also provided scientific confirmation that our prayers had indeed worked.

Recently, I ministered in Hamtramck, Michigan, and a couple brought their six-year-old son who had severe lung problems and life-threatening allergies to tomatoes, grass, cats, peanuts, and several other common things.  After prayer, they took the boy to U of M hospital to be checked out.  Not only did they say he now had better-than-average lungs, but the doctors confirmed that his allergies were gone!  And if that weren’t enough, they also said that he had “blockers” in his immune system for things he had never even been immunized for!  In the doctor’s own words, “His immune system is perfect!” If it weren’t for the doctors’ report, I would be hesitant to encourage the parents to feed the boy some of the foods that would have previously killed him.  But thank God for doctors who can confirm our healing! The family begins testing new foods in a few days.

A couple weeks ago, I attended a Christ for All Nations crusade with Reinhard Bonnke and Daniel Kolenda in Kampala, Uganda.  On one of the first days, a man came saying he had been cured of AIDS, but the ushers said that he needed to acquire medical verification before they would let him share his testimony.  The man came back the next night with the doctor’s report in hand: HIV NEGATIVE! Who would have believed it if not for the doctors?

God is bigger than that. He is a loving Father, and He would never withhold healing from a person simply because they were seeking relief from symptoms via medication.

Creative Miracles – Can God Heal a Severed Limb? Why is Healing Ministry Important?