When I see the pink “breast cancer” ribbon on a product’s label, I look for the words “Susan G. Komen for the Cure.”  And if those words are there, I grab a different brand.

Heartless?  Let me explain my reasons, and I’ll let you decide. 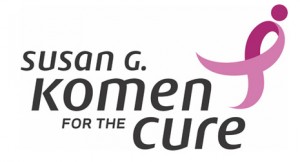 A few days ago, the Susan G. Komen Foundation (best known for breast cancer research) decided to stop giving grants to another organization called Planned Parenthood (best known for conducting abortions).  This caused an emotional uproar that littered the media, Facebook, and blogs for days.

The pro-life community stood by Komen in the decision, sending so many donations that Komen reported giving was up 100%!  Nevertheless, yesterday, Komen offered a confusing apology, which many interpreded as a reverse on their stance.  Actually, it was just an apology; but the problem is that they still haven’t given any indication that funds are permanently cut off from Planned Parenthood.  As far as I can tell, it’s still only temporary.

Let me be clear: As controversial as I know this is, Komen won’t be seeing any of my support until they can definitively say that the relationship is over with Planned Parenthood.  “But,” you might say, “Komen wasn’t paying for abortions–they were paying for breast cancer screenings.”  That’s true, but think about this for a second…

Suppose I started a charity that helped the poor.  You might want to give to my charity because it looks like a noble cause.  But what if you found out that my charity gave grants that supported social programs operated by the Nazi party?  You’d stop giving me money in a heartbeat!  Why?  Because everybody knows that Nazis are evil.  They believe in killing innocent people.  Who cares if they might be helping a few?  Who cares if my money is designated and earmarked for social programs and not for genocide?

Supporting one aspect of their work silently approves of all of it!

Too many Americans don’t see abortion as the atrocity that it is.  And many of those who do claim to have a conscience about it are too cowardly to take a stance against it.  “I don’t personally agree with abortion,” they say, “but I do believe that a woman should have the right to choose what she does with her own body.” 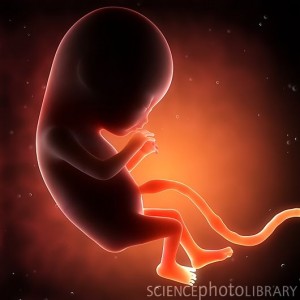 Where’s the baby’s right to choose what happens to his or her body?  Youdo realize the baby has different DNA and is therefore not the woman’s body, right?

I hope so.  Abortion is not a political issue.  It is not a religious issue.  Abortion is a human rights issue.  Innocent people are being killed, and others are silently watching–even approving.

And I wonder if you knew this wonderful little fact: Planned Parenthood was specifically founded with the purpose of eliminating poor minorities so that they wouldn’t outnumber the so-called “superior” (primarily white) affluent Americans.  That’s why Planned Parenthood clinics are found in low-income neighborhoods.  That’s why they spread their propaganda primarily to minorities and the poor.

That sounds like an outrageous claim, but consider the evidence.

Planned Parenthood’s chief founder and first president, Margaret Sanger, stated that the purpose of the organization was “to stop the multiplication of the unfit.”  On page 102 of her work The Pivot of Civilization, Sanger wrote, “. . .we prefer the policy of immediate sterilizarion, of making sure that parenthood is ‘absolutely prohibited’ to the feeble-minded.” Seriously?!  In 1915, Sanger published some of her views in a pamphlet, saying:

It is a vicious cycle; ignorance breeds poverty and poverty breeds ignorance. There is only one cure for both, and that is to stop breeding these things. Stop bringing to birth children whose inheritance cannot be one of health or intelligence. Stop bringing into the world children whose parents cannot provide for them. Herein lies the key of civilization.

If you disapprove of a person’s views, then you disassociate yourself from their name.  I don’t see any reputable organizations offering an “Adolf Hitler Award.”  But since 1966, Planned Parenthood’s “highest honor” is the Margaret Sanger Award.  The most recent recipient listed on their web site was U.S. Secretary of State, Hillary Clinton, who said upon receiving the award, “I admire Margaret Sanger enormously, her courage, her tenacity, her vision… When I think about what she did all those years ago in Brooklyn, taking on archetypes, taking on attitudes and accusations flowing from all directions, I am really in awe of her.”

I wonder why Sanger is so lauded as a wonderful, awe-inspiring person?  If you read her writings, you will be disgusted like I am.  She didn’t hide her perspectives, but her public-relations people and today’s marketing teams have.  Why?  Because if people knew the true Margaret Sanger–the one who Planned Parenthood still honors and praises–the funding from everyone with a conscience would stop.

Why bring this topic up on a web site about supernatural Christianity?  Because I have been meeting more and more Spirit-filled Christians who are siding with liberal politics–politicians who fight for Planned Parenthood and a woman’s so-called “right” to kill her baby.  These Christians claim that “Liberals are more like Jesus because they care about the poor.”  Funny thing about that: Syracuse University’s Arthur C. Brooks published an extensive study proving that political conservatives give substantially more to charities than political liberals (you can get his book, Who Really Cares: The Surprising Truth About Compassionate Conservatism

Yes, Jesus instructed us to give to and care for the poor.  He didn’t, however, tell us to petition Rome to take more money from rich people and give that to the poor.  And as far as abortion is concerned, Jesus might not have even made it to the stable if Planned Parenthood had been able to counsel His poor, unwed, teen mother.

As Spirit-filled Christians, our stance should be for life.  Again, being pro-life is not a political issue; but there are politicians who have made it such.  If a politician believes in degrading human life and squashing human rights, then we have a responsibility to allow that issue to trump our thoughts on fiscal policies or any other issue.  We have to stand up to this evil.

Slavery is not a political issue–it too is a human rights issue.  But if the “perfect politician” finally arrived–a man or woman with whom you agree 100%–yet he or she also believed all illegal immigrants should be turned into slaves, would you still give them your vote?  Of course not!  Even if slavery would solve all our economic problems, it would be wrong, and such a person shouldn’t be voted for.  (For more about this perspective, see my 2010 article, “Abortion and One-Issue Voting – Right or Wrong?“)

Human rights transcend politics.  I don’t care how much you might agree with Democrats or their liberal ideologies–stop approving of abortion.  Stop electing officials who support the murder of innocent life.  Stop filling congress with people who want to use our tax dollars to support abortion mills like Planned Parenthood.  It’s disgusting, and I’m appalled that any Christian could do so with a clean conscience.

Jesus didn’t come to earth to build clinics.  He came healing the sick, raising the dead, cleansing lepers, and casting out demons.  Was Heheartless?

As the Church, our role in this earth is the same.  Jesus said, “As the Father sent Me, I send you.”  If we will truly pursue the ministry of healing and contend for the possibility of 100% success (which Jesus had in His earthly ministry), then we won’t have to worry at all about how much money is being donated to Susan G. Komen (or any other organization for that matter).  If the Church will truly love the poor, then we don’t need social programs to do it.  If the Church will walk in the power of the Holy Spirit, then we will have the market cornered on the true Cure for cancer.

I truly hope that the Susan G. Komen Foundation puts a definite, clear end to the unnecessary funding of such an insidious organization once and for all.  But more than that, I hope you are stirred to seek a greater measure of Christ’s healing ministry in the Church.  Jesus is the answer, and you are His hands and feet.  Let’s minister healing with boldness like never before.

Money, Corruption, and Ministers of the Gospel How to Speak the Truth in Love